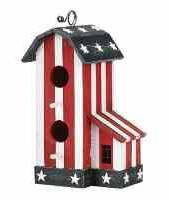 I was walking through the underground parking lot where I live, on the way to my car, when I heard a bird chirping...this being two full levels below street level.

As I neared my car the chirping was louder still and I said to myself, "OooohhhKay. If I can help this bird I will..."

So I followed the noise, and found the bird near the wall between two cars, just across (and up slightly) from where my car was parked.

I thought, "What are the odds of my being able to catch this bird?"

So I bent down, walked slowly forward...and sure enough, the bird took off. It flew the length of the parking lot (maybe a quarter of a block) and right into the concrete wall at the end. Not hard, mind you, because the bird was already exhausted.

By the time I got there, the bird had completely spent its energy trying to fly through the concrete and was lying almost still on the cement.

I approached slowly and then caught it in my hands. It was such a small bird that I was able to hold it completely within my two cupped hands without having to squeeze it.

So, with bird cupped in hands I started *walking* out of the underground parking. I realized that I would have to walk around and around to the entrance so that I could jump on the tube that opened the door when a car drove over it, as I could not spare a hand to open a door or push an elevator button.

So I walked round and around, and as I was doing this I was aware of very slight movements by the bird. So delicate. Probably no more than one or two ounces in weight.

I stepped on the switch and the noise of the gate opening seemed to frighten the bird a little.

I was now in the public area of the underground parking and had to walk the length of the lot to get to the outside. As I walked the last 100 feet, I could smell the fresh air ...and the bird could as well! It started to move a bit more in my hands.

One more tube press and the outer gate opened. I was now walking up the access ramp and the bird was even more active now...moving around in my fingers.

So now I was thinking of where to place the bird so that it would be somewhat protected while it recovered from its ordeal. I realize there were some nice landscaped areas around the front of the building, so I climb up there and place the bird down in the middle of it.

I figured that it would have to sit there a while to "catch its breath". I let go of the bird, not sure if it would even have the energy to move. I then climbed off the shrubbery and turned to have a look at it.

The bird started to chirp!, and chirp!, and CHIRP!!! As loud as you can imagine! Clear, strong...and free!

As I walked back to my car I was generally pretty happy with what had happened. I got into my car and proceeded to drive out of the parking lot. As I climbed the ramp, I lowered my passenger side window -- trying to catch a last look at the bird.

The most beautiful, most appreciative sound one could ever hear -- the sound of a newly freed being.

Hope is the thing with feathers
That perches in the soul
And sings the tune without the words
And never stops at all.
- Emily Dickinson