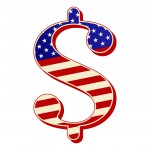 What Makes This World Go Round

What Makes This World Go Round


Today I read the following question posted to the Fluoride Poisoning YahooGroup: I posted this reply:

There is a very good scientific reason for your discomfort with fluorescent lighting.

Natural sunlight baths us with a full spectrum of light frequencies. I am not sure how many individual frequencies are in natural light, but it could very well be thousands, or even tens/hundreds of thousands of frequencies.

Wikipedia says "The Sun emits EM radiation across most of the electromagnetic spectrum."

The "original" fluorescent lighting that was based on making the liquid-at-room-temperature element Mercury "fluoresce", emits a whopping THREE frequencies.

So, to make up in intensity (height) what is lost in spectrum (width), those three peaks are TWO HUNDRED TIMES bigger than the peaks we get from natural light.

This subject is a great example of how corrupt so many people are, especially including the education and of course business world.

It is obvious to any six-year-old that the light is unnatural so should not be used. It is equally clear that we are not supposed to be exposed to an ultra limited visual spectrum. Nor to one where the intensities are 200 times higher than normal.

But it is cheaper.

It is ugly, the "ballast" makes noise, the fixtures are so enormous that they must be mounted on the ceiling -- the ugliest place you can put a light -- and it has enabled businesses (especially pharmacies it seems) to blast customers with hundreds of times as much light as they need or want.

Because it is cheap.

Future historians will describe our age with one word.

Did we care about our health? No, we were cheap.

Did we care about others? No, we were cheap.

Were we at all enlightened? No, we were cheap instead.

My thoughts on microwave radiation