I have read and re-read Arctic Adventure. Written and published 100 years ago, I got my copy from my grandmother. Recently Amazon got some copies of it.

"Lawrence of Arabia". Need I say more? Sure, the video is tops on many lists (especially my own!), but would you believe that Robert Graves' "Lawrence and the Arabs" on audio tape is even more amazing? Believe me. One of the most impressive men of the 20th Century.

I think that Danny Goodman's "Javascript Bible" is easily the finest Javascript book available, and one of the finest computer books I have ever read. As I read it I kept thinking things like "He thought of everything!", "thorough beyond belief", "he really understands how to explain something" and "*fantastic* source code!" If you do web pages, you need this book.

"Babe: The Legend Comes to Life" doesn't need much endorsement! Loveable, wild and a fantastic athlete, The Babe is beautifully covered in this book (there is also a cassette version). The writing is extremely accurate, without being boring. Corrects a lot of the "folklore", adds much and is a must for any fan of the game...and who isn't?

"Bechamp or Pasteur: A Lost Chapter in the History of Biology" is a book with profound repercussions, given our ridiculous confidence in "the germ theory" as promoted by Pasteur, who, it turns out, stole his findings from others and twisted and distorted them into falsehoods that are now the cornerstones of our medical fiasco.

The author of "American Caesar: Douglas MacArthur" writes, "He was endowed with great personal charm, a will of iron, and a soaring intellect. Unquestionably he was the most gifted man-at-arms this nation has produced." Also available on audio cassette, in two parts. Personally, I think what MacArthur did for the Japanese is one of the great achievements of the 20th century.

"The Long Walk: The True Story Of A Trek To Freedom" is a most incredible story. Imagine a 4,000 mile trek. Now imagine one from the northern tip of Siberia, across Siberia wilderness, Mongolia's Gobi desert and the Himalayas. Without a compass. Or map. Or water. Or nourishment. As an escapee. Wow!

"The FBI" is a must read. It is extremely well researched and is neither for nor against the FBI. It just lays out the FBI for all to see, warts and all. Personally, I end up admiring the FBI and those who choose to work for it. Also available on audio cassettes.

"Plain Speaking: An Oral Biography of Harry S. Truman" was originally going to be a TV series, but none of the networks wanted to air it. This seemed to be the trend, regarding Truman -- ignore him and try to get things back to a "healthy" level of corruptness as soon as possible. I think every American should read this book. 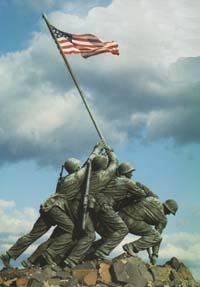 Some of my own writings...